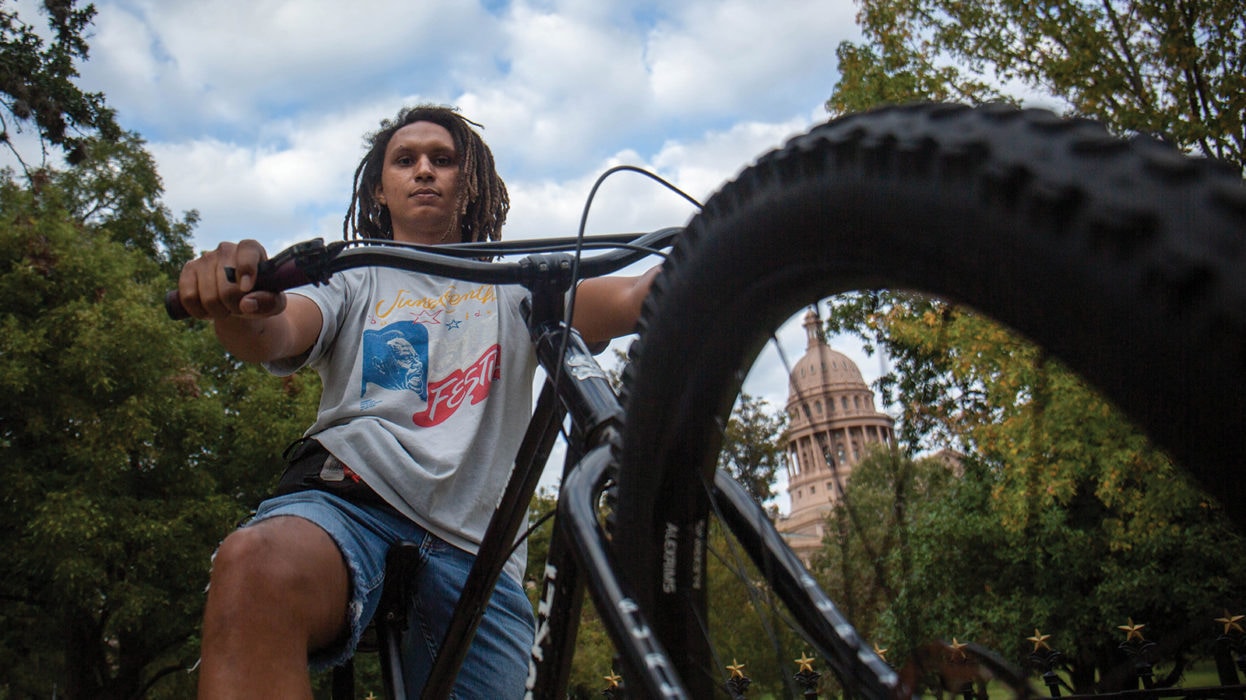 Talib Abdullahi has always had two great passions: biking and history. In fact, Austin’s vast cycling resources were a top reason he moved here in 2008 to attend UT, where he majored in American Studies. But it wasn’t until the nation felt the collective ache of racial injustice last June, spurred by the murder of George Floyd, that the 31-year-old national events coordinator for Tito’s Vodka saw his interests fully entwine. “I thought we could channel that energy in a way where we could enlighten ourselves, learning something through all this anger and frustration,” he says.

Further motivated by his acquaintances’ lack of knowledge about Austin’s segregationist history, the Houston native conceived of the Black History Social Ride—a biking tour of 12 historical Black areas in the city ranging from the post-emancipation freedman community of Clarksville to East Austin, which was a hub for the civil rights movement. While he figured the idea would draw around 30 people, social media and the support of several local bike shops and organizations ultimately led 400-plus Austinites to join the ride on June 14.

Since that unprecedented four-hour summer tour, Abdullahi has occasionally led smaller educational social rides and plans to host at least one such event for Black History Month in February. But he remains adamant that Austin’s racial education is not his, nor any single BIPOC individual’s, sole responsibility. “People are realizing we’re not taught this history in [school],” Abdullahi says. “You have to take the time to learn this yourself.” For that reason, he has democratized the experience, uploading the ride’s full route plus historical research resources online for free. What’s more, he is working with local tech whiz Terran Washington on BlackHistoryBikeRide.com, a resource for individuals to map out and host their own Black history rides in cities across the U.S. “Meaningful change doesn’t just take one Rosa Parks,” he says. “It also takes many people working as everyday changemakers, doing their small bit to make things happen for society.”