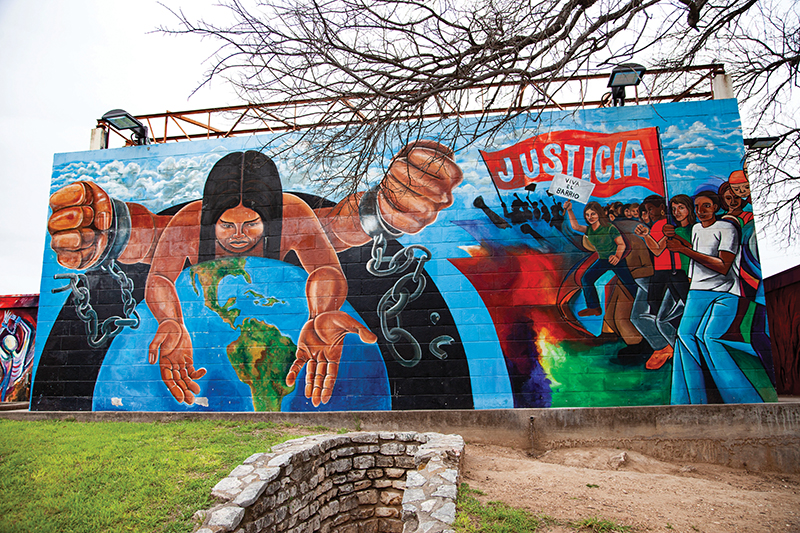 The 4,000-square-foot Hillside Theater mural at the Oswaldo A.B. Cantu/Pan American Recreation Center is one of many murals Raúl Valdez created in the 1970s. The story told in the mural spans different eras, including the Aztecs, Spanish conquistadors, the Chicano civil rights movement, and contemporary life. In 2011, the city spent $52,000 restoring the mural. At the time, Valdez told the Austin American-Statesman, “It belongs to the people of East Austin. It’s a representation of what the people who lived there wanted to see.”