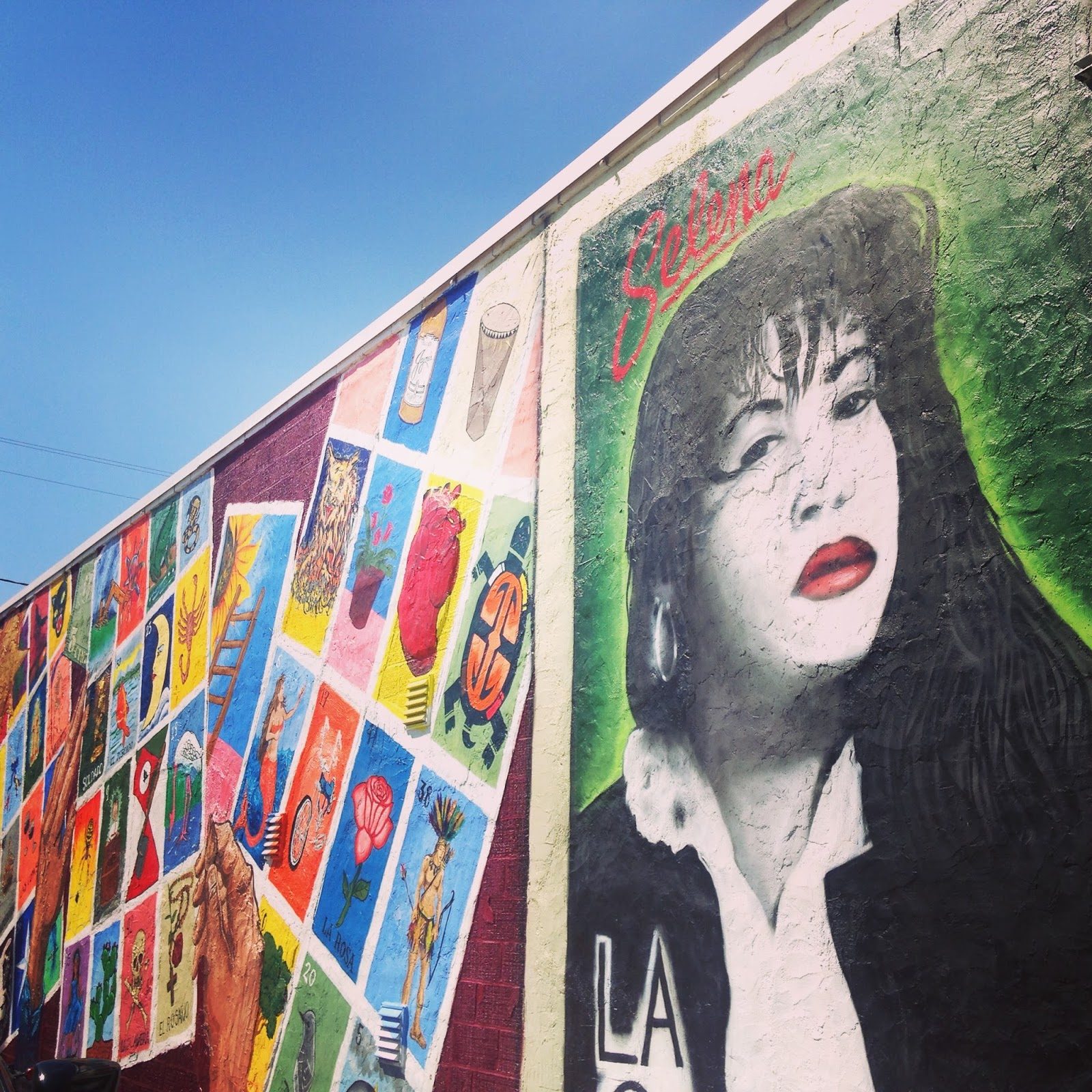 In 1989, La LoterÍa mural went up on the side on the building that now houses Cycleast and Flat Track Coffee (1619 East Cesar Chávez Street). Every day, as kids walked to and from school, they saw likenesses of their culture at street level: a grandmother making tortillas, a piñata, a rosary. Eventually the harsh Texas weather diluted the color.

Then, in 2015, South by Southwest (specializing in linking film and music events) painted over the mural to promote a festival. The community was both hurt and angry.

“When they covered this up we felt disrespected,” said longtime Austin street artist Ramon Maldonado. “We’re losing our neighborhood to gentrification.”

South by Southwest officials apologized and pledged to restore the mural. A group of artists working in East Austin to save historic murals led the restoration project. The new work took about 4 weeks to complete, illustrating that Mexican-Americans in Austin remain a thriving culture and community. Felipe Garza was an artist on the original mural. His new piece Soladado shows a golden soldier wearing night vision goggles, marching in front of fence missing part of its structure. The image represents the U.S.-Mexican border and underscores its weaknesses.

Herrera spray-painted a mural of Tex-Mex singer Selena beside LoterÍa. Except for her fiery red lipstick Selena is sharply defined in black-and-white against a dark green background. Block letters at the bottom: La Cantante (The Singer).