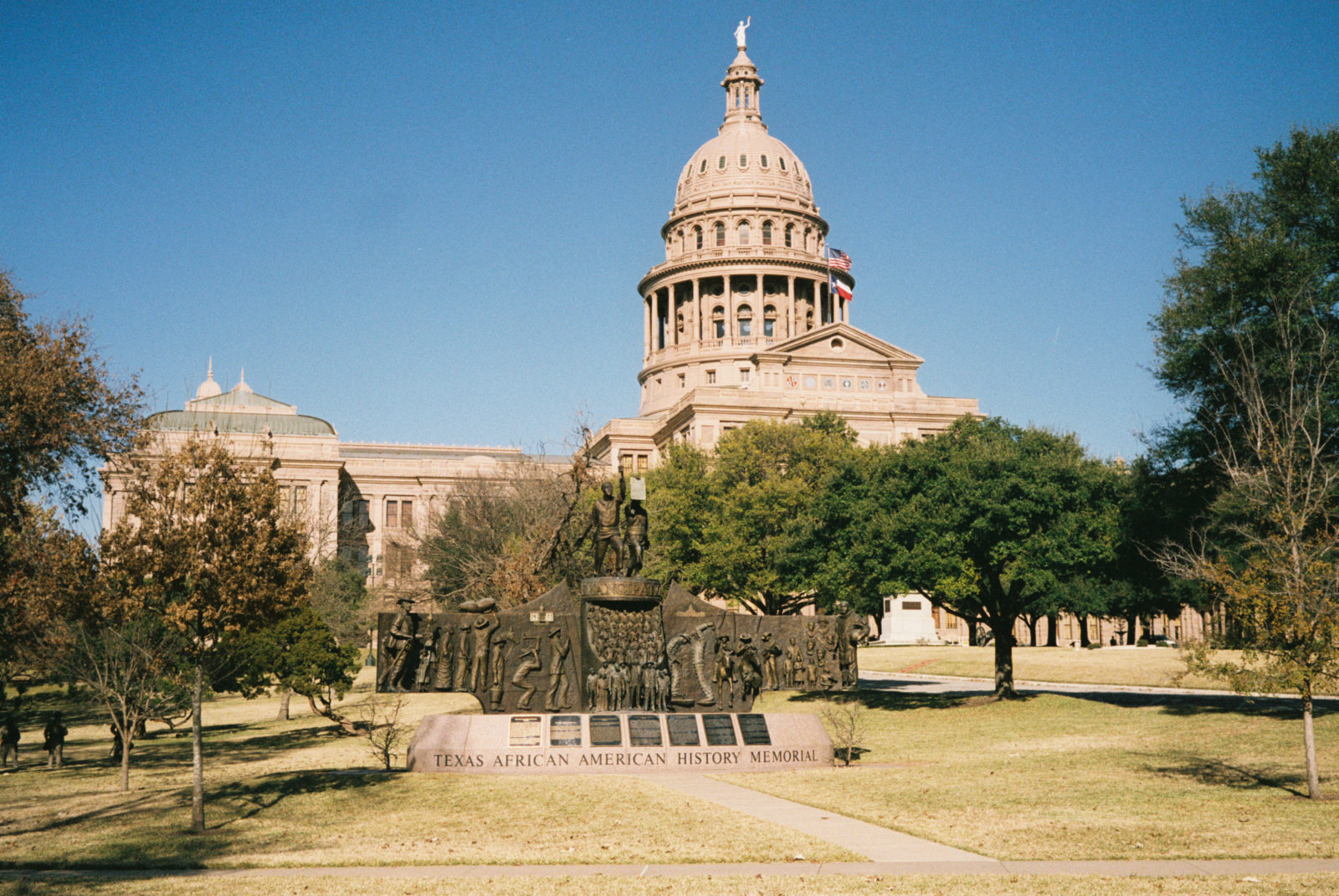 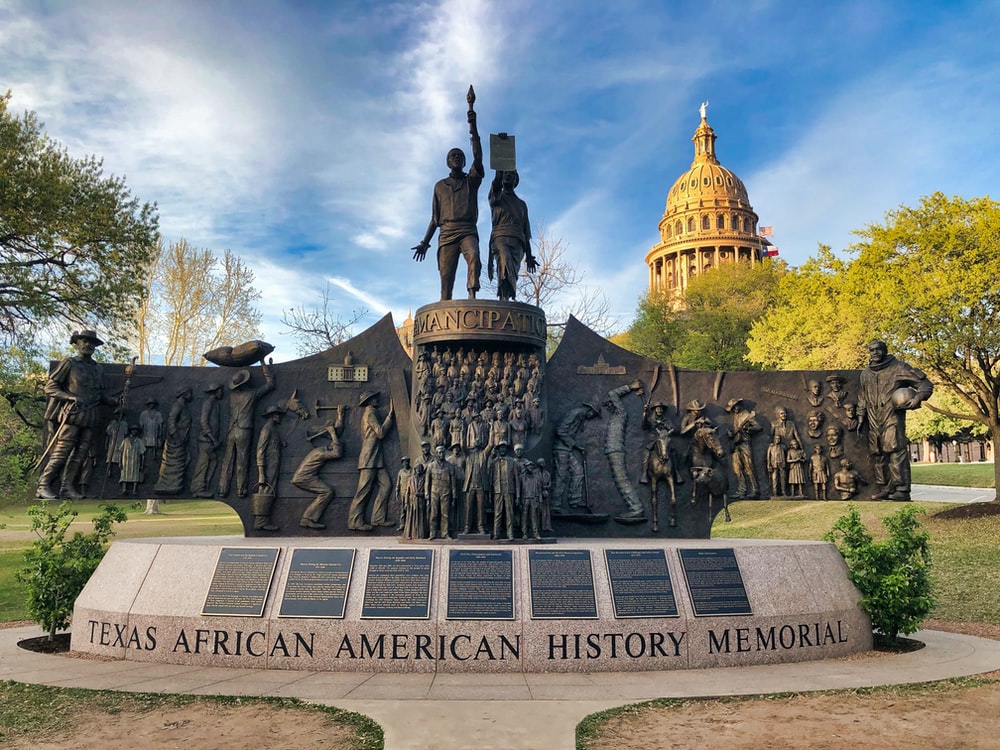 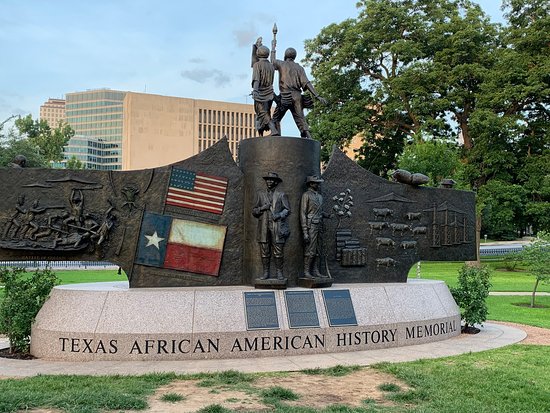 The Texas African American History Memorial was erected in 2016 on the State Capitol grounds. It recognizes some of the many contributions of African Americans to Texas. In the center, is Juneteenth– one of the most important days in American history and a holiday everyone should celebrate. June 19, 1865 marks the day remaining slaves, unknowing of their freedom, were emancipated.

Fun fact: George W. Bush (R) actually signed off on having this monument built and funded while he was Governor.

Some important Black Texan leaders depicted in this monument include: